There are many widely used henhouse bedding materials. For our chicken bedding absorbency testing we selected 7 of the most common: 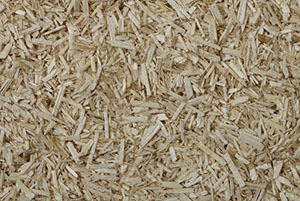 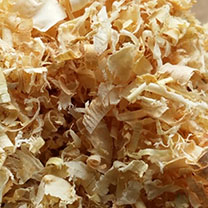 It’s worth mentioning that horse pellet bedding is used either dry or pre-moistened.  When pre-moistened they expand into a sawdust like material.  For our testing we used them in their dry hard pellet form in Test 1 to allow for maximum absorbency. Test 2 we used the expanded material after allowing it to re-dry.

Sand was rejected from the chicken bedding absorbency test for several reasons: First, sand has zero absorbency. Secondly, sand has no composting value. In a future article here on the blog we will post the pros and cons of using sand as a bedding method.

Why is Chicken Bedding Absorbency Important?

Chicken Bedding Absorbency is important for several reasons. Most importantly, some bedding materials don’t absorb moisture, or absorb and don’t dry out. Both of these factors create problems in a chicken coop. If you’ve been in a smelly chicken coop the most likely reason was too much moisture, or not enough ventilation. Excess moisture leads to increased ammonia being released from bedding. As a result, respiratory problems are created for the chickens and, in general, leads to a smelly coop. In addition, both wet litter and too much ammonia are the leading contributors to ulcerous lesions on chickens’ feet known as footpad dermatitis. Finally, excess moisture in bedding can attract flies and can cause mold. During our testing we observed that some containers full of moist bedding (just water – no chicken droppings) became swarmed by flies. Ideally it is beneficial to select a bedding material that will absorb moisture, wick it away from the surface and dry quickly. 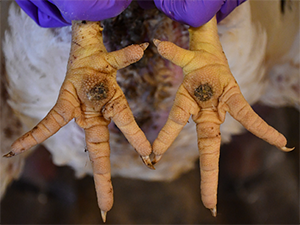 Since we are evaluating chicken bedding materials for absorbency use in the henhouse there were two main criteria we were interested in:

Dust was evaluated because at worst, with enough exposure it can be harmful to human’s and chicken’s respiratory systems. At best it is an irritant. 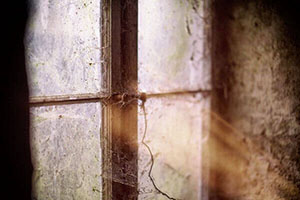 For this test 1 lb of each bedding material was placed in a nylon stocking. Each stocking was manually shook up and down to measure dust output.  Since we don’t have the tools to measure particle sizes and counts this was a somewhat subjective test by observation.

On a scale of 1-10 (10 being worst), the dust emitted by each bedding type was judged as follows:

Another point of comparison: The sawdust, straw and wood shavings all were particularly messy to work with, emitting a lot of spillage, particles and generally making a mess during general handling. The dried leaves, dried horse pellets and industrial hemp were not messy to work with.

Combining the Dustiness and Messiness Factor the following scores were assessed: 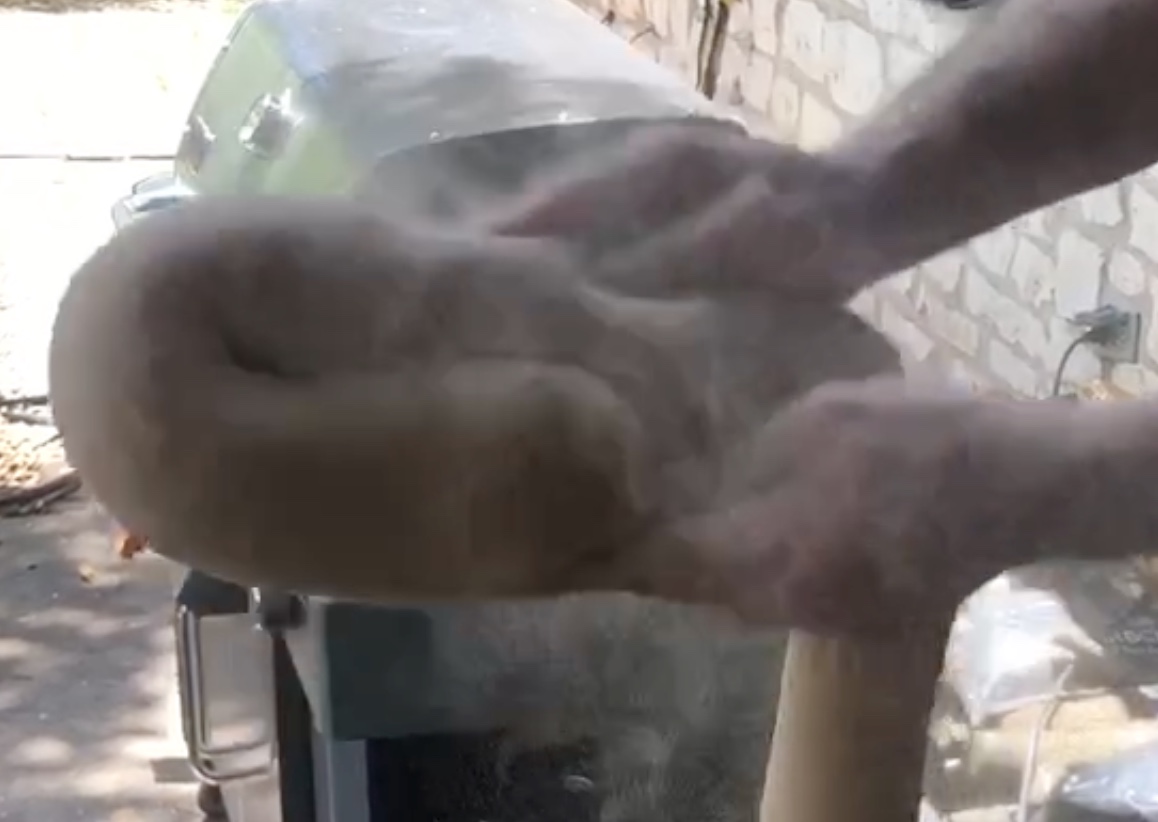 After checking the dust profile the next test was to see if the different bedding materials could absorb at least 3 times their weight in liquid. We utilized an absorbency test methodology similar to a study done by the University of Iowa. (Voyles, Reggie and Honeyman, Mark S. (2006) “Absorbency of Alternative Livestock Bedding Sources,”Animal Industry Report: AS 652, ASL R2153. ) First, each nylon was filled with 1 pound of the various types of chicken bedding.  Next, the samples were fully submerged in water for 24 hours. Finally, after 24 hours the samples were removed from the water and hung to drain for 75 minutes to allow excess water to drip out. After the 75 minutes the sample was weighed (minus the 1 lb of bedding) to measure the total weight of retained absorbed water. 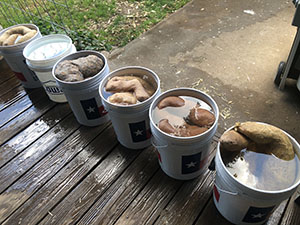 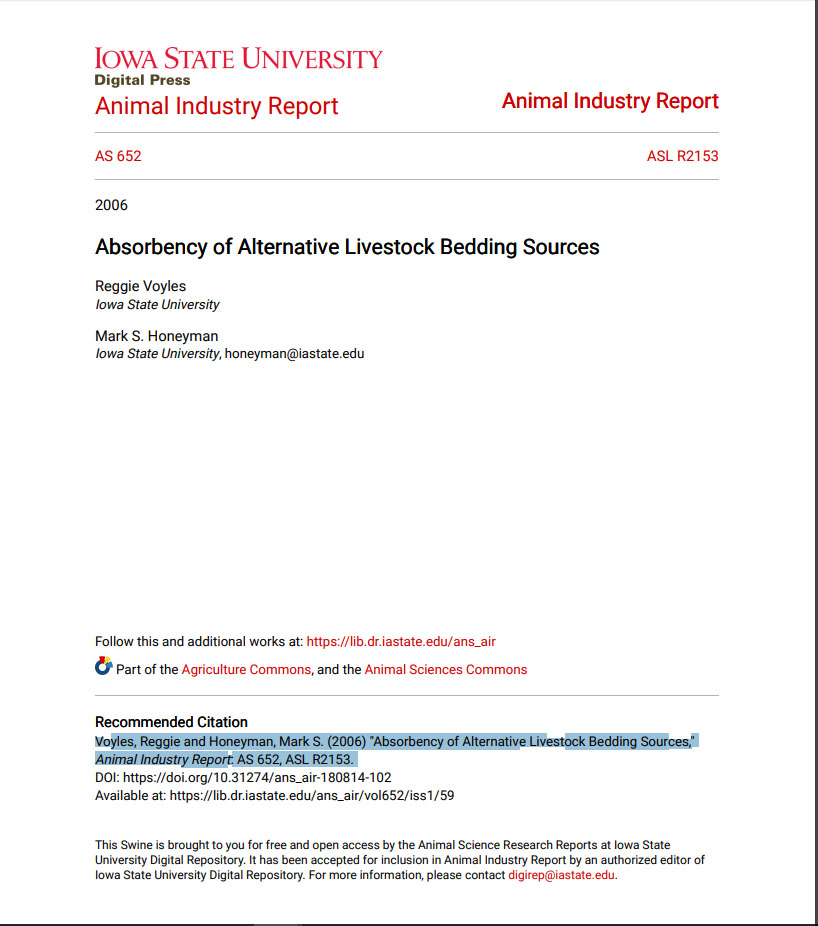 Results were as follows, showing total absorbed water weight.  Goal for a Pass was at least 3X absorption:

The first test was interesting, but not reflective of real life. Animals are not submerging the entire amount of their bedding in liquid for 24 continuous hours. Also, although the total weight of each bedding sample in Test 1 was 1 pound, the volume of material varied widely. Subsequently, we needed to simulate the same volume of bedding as if it were in a henhouse or stall. Additionally, we needed to add a fixed amount of liquid like would happen if animals (chickens, horse, etc) were adding droppings or urine. Accordingly an absorbency test used was used similar to the methods used by the Department of Zoology at Oxford University to measure absorbency per unit volume. (Burns et al, 2005).

The second absorbency test began with a sample size of approximately 1 cubic foot of dry bedding was placed in a container and 8 cups of water were added. Next, the container was allowed to sit for 30 minutes then any excess water was poured off and measured. Pass criteria was that at least 90% of the liquid was absorbed by the bedding in 30 minutes. 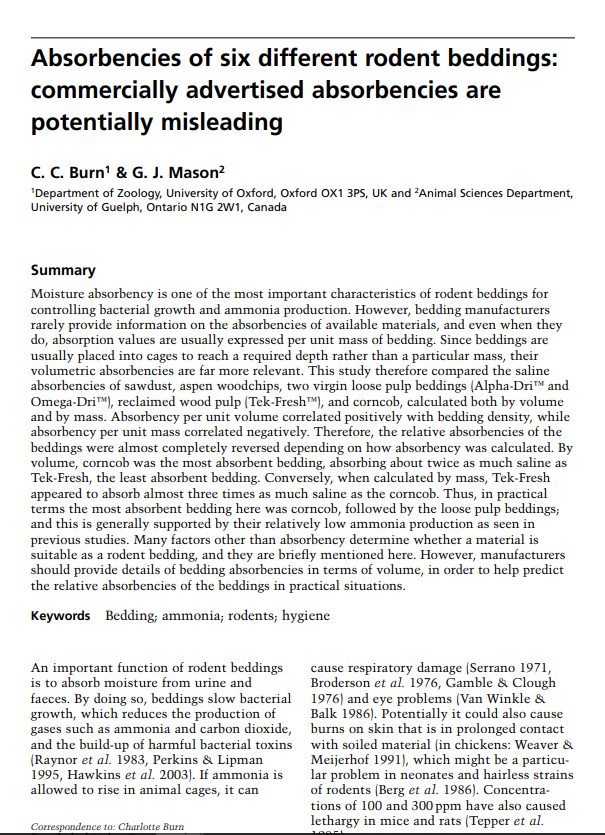 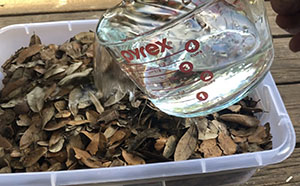 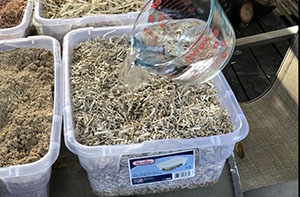 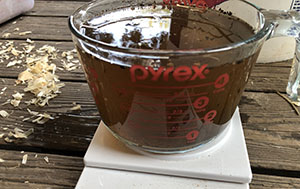 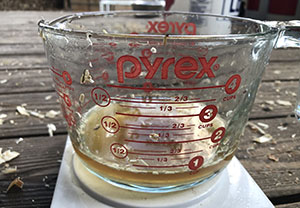 Here are the results of Test #2.  Pass criteria was at least 90% of the liquid absorbed.

After the second test was complete, as the sample containers were set aside, to our surprise a couple of the containers were immediately swarmed by flies. The sawdust, and moistened horse pellets had the biggest fly swarming. This seemed to be due to the high level of moisture they retained. It is interesting to note that a fly infestation around a chicken coop may be made worse by an excess moisture problem from a poor choice in bedding material. Subsequent follow up testing on different days showed this fly swarming was not 100% consistent, but it was interesting to observe so worth a mention. 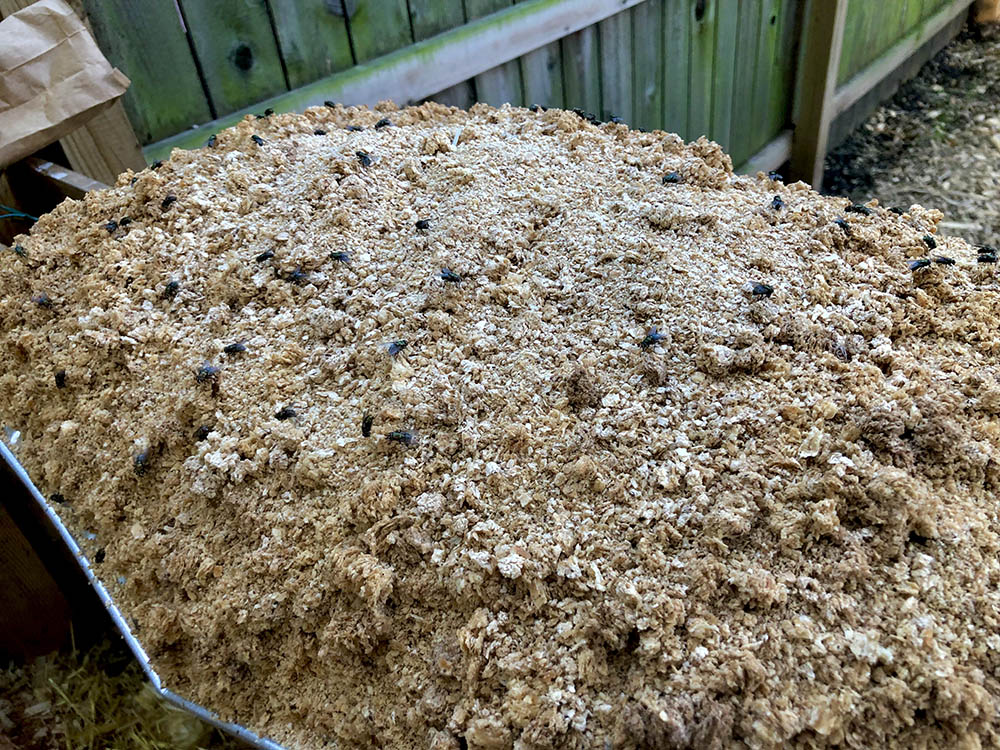 On a final note, we also observed the straw, sawdust and horse pellets took days to dry out.  We will do a more measured test on the dry time in a follow up post.

So, what is the best chicken bedding material choice?

Based on our measured testing Industrial hemp was the best chicken bedding when evaluating all the factors:

About the Author: Lonestar Coops